BLOG | Research-into-Use: how can Climate Change Researchers have more Impact?

This blog post was originally posted on 26 July 2017 on OXFAM's blog "From poverty to power - How active citizens and effective states can change the world."

Written by Duncan Green, strategic adviser for Oxfam GB (one of ASSAR's partner) and author of ‘From Poverty to Power’.

Following on the recent kerfuffle about ‘research impact’ (see original and follow up posts), I spent some time chatting to climate researchers in Cape Town about ‘Research-into-Use’ (RiU, basically the same thing). The researchers are part of ASSAR, a consortium (of which Oxfam is a member) working across Africa and India with a big focus (30% of its project weighting) on RiU.

Feel free to consult the consortium’s guidance note on RiU and a more detailed learning guide, but this post is about the topics that came up in the conversation, where the practical application of these issues added at least three new angles on the research impact question.

Timing: there’s a very poor fit between the timing of research and that of RiU. If you’re lucky, you may get funds for five years for a new and innovative project like ASSAR, but it takes 1-2 years to really sort out how you are going to approach the research, and then another couple to start getting the findings coming through. Then the last year is a blizzard of papers, briefing notes, conferences etc etc. Then silence – the funding runs out.

Now look at how impact works. Typically, the papers need to be written and published, so that puts you towards the end of the project. Much more likely is that they will find their way to the right desks after the programme is finished. Either because that’s how long it takes people like me to wade through our reading piles, or because research uptake must often wait until particular events (climate shocks, changes of political leadership) create the demand for all this supply.

What to do to try and bring the funding and the impact more into alignment? Fund for 10 years not five? Leave some money in an account after the project ends to finance some kind of sleeper cell that can leap into action when such moment arrive, rehashing the research and getting it to the newly attentive decision makers? Any other ideas?

Relationships: Impact is about relationships more than paper. Decision makers want to be able to pick up the phone and ask advice of experts who they have learned to trust, not be told to read the latest impenetrable academic papers. Researchers that have these networks are invaluable. Sometimes it’s because they’re old – an established track record + grateful former students form an enormous intellectual asset for ageing academics. Or because they are already well connected, often through family connections that saw them as teenagers sitting round the kitchen table with the country’s future leaders (think the Miliband brothers). One ASSAR researcher, Margaret Angula has just such a network in Namibia, and it massively increases the chances of RiU.

But can we redesign research programmes to recognize the importance of relationships? Should applicants for research posts submit their phone directories to a social network analysis (hiring for membership of Old Boys/Girls Networks is not very egalitarian….)? Should research programmes deliberately push older, more networked researchers into outreach rather than publishing (and would they agree to do so)? Or how about a mentoring system where the older researchers are twinned with a young rising star, take them around and introduce them, then step back and let them take over some of their network ‘accounts’? I’d love to hear of some examples of this.

Because what doesn’t work, I fear, is trying to force un-networked, unconfident young researchers to become glad-handing social  climate change adaptationbutterflies. How can we get better at ‘going where the energy is’, identifying and supporting those researchers who really want to do this stuff? 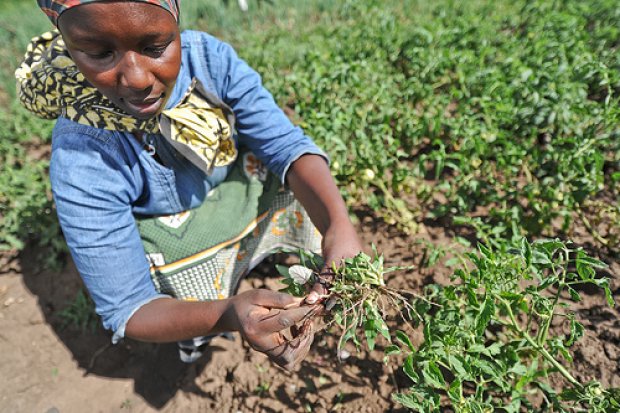 Comms: The ‘go where the energy is’ mantra applies at least as much to the more public aspects of RiU. Cautious academics petrified of prematurely revealing their findings (someone might nick them!), making a mistake or looking stupid are unlikely to take to blogging or radio interviews. Instead, find the ones who like writing and communicating and back them. Which includes incentives: how can researchers (young or old) be sufficiently rewarded (professionally as well as morally) for the time and energy put into ensuring impact?

The alternative is to separate the comms and research functions – lots of academic institutions and thinktanks have comms teams, but here too, there are serious drawbacks. Journalists often want to hear from the researcher not the spin doctor (organ grinders; monkeys) and can get irritated if their questions are met with a series of ‘let me find out and get back to you’ responses. An alternative to the alternative is to work with hybrid ‘knowledge brokers’ who are sufficiently across the issues to digest and translate what is out there, linking supply with demand (i.e. find out the needs, then harvest the pertinent research, translate it and provide it). But it’s very hard to get comms people who can do it all – come up with crazy, out of the box ways of communicating, be deeply immersed in research methodologies and findings, and be deeply immersed in the policy or other system the research is supposed to be influencing. Easier to locate such skills across a team than within one superhuman individual, I guess.